The Sutton Hoo burial mound complex in east Suffolk overlooks the River  Deben and the market town of Woodbridge. First excavated in the 1930s, dated to 6th-7th century AD, this is widely regarded as the burial ground of Anglo-Saxon royalty. Perhaps more than any other place, Sutton Hoo tells the story of how the pagan Anglo-Saxons became the Christian English, and charts the rise of the English kingdom of East Anglia. 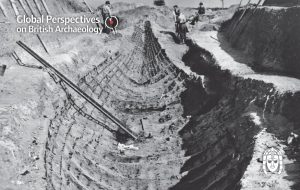 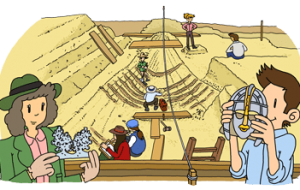 Sutton Hoo forms part of a wider European tradition of burial mounds that only ended with the adoption of Christian burial practices by previously pagan populations – at Gamla Uppsala in Sweden we see some of the most impressive European burial mounds, from a similar period to Sutton Hoo, and likewise associated with ‘royal‘ burials.

Burial of rulers and other elites in mounds is found worldwide from various periods, a common symbolic way of celebrating and displaying the power of the deceased – in Japan we see widespread evidence of mounded burials (kofun) with rich burial goods, such as at Fujinoki, dated to exactly the time of Sutton Hoo (6th-7th century) containing prestige objects similar to those found in continental East Asia.